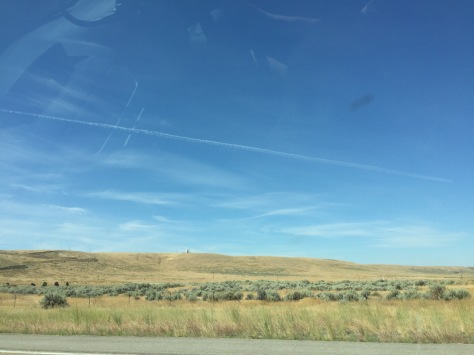 After a grueling drive last night, we made it into Boise with about five minutes to spare. Updates and posts for the days Volcanos should be up tonight. We’re now on our way to Salt Lake City, wasting no time in Idaho. Finally the mountains have given way to something that, is still basically mountains. However instead of the jagged peaks of the Rockies or the massive volcanos of the Cascades, we now face a never ending stream of smaller, almost yellow foothills. Plains of wispy sunbaked grass cover the landscape, while the ‘mountains’ look like someone poured then out of a bucket. They’re low and swooping, with feelers that streak out every few hundred feet. More updates to come. 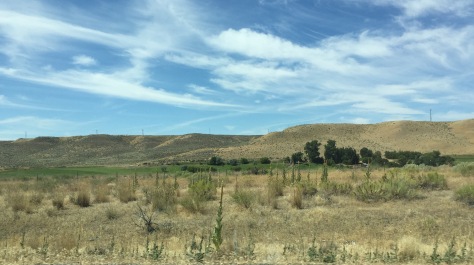 The land has transitioned to something you could almost believe is desert. Little puffs of green dot the plains, which are otherwise a dusty golden color. The occasional farm has also begun to crop up, hoping they have something to do with potatoes. If you look at a satellite map of the region, you can see how Idaho has a gigantic valley of sorts cutting a swathe through its southern section. We’re currently at about the halfway point through that valley, aiming for the corner of the state and the mountains between us and Salt Lake. More updates to come.