One of the fastest growing cities in the nation, Seattle Washington is one of the greatest examples of American tenacity anywhere in the country. Originally a small logging operation, Seattle began it’s journey to a metropolis of almost four million during the Alaskan gold rush, during which it served as the gateway to the north, and it’s status as a logging hub gave way to major ship building and transportation enterprises as well. Today, Seattle is known for being home to some of the nation’s best start-ups, and biggest corporations. Starbucks, Boeing, Amazon, even Nirvana got their start here in Seattle, and the city still bears the fruits of their labors, as the mother of America’s biggest and brightest. This however, is only a small fraction of what makes Seattle great. It’s unique atmosphere and culture has cultivated the growth of a city like no other, and one that has us coming back time and time again to see what else it has to offer.

END_OF_DOCUMENT_TOKEN_TO_BE_REPLACED

The largest city in the Canadian province of Alberta by a wide margin, Calgary is a cultural and technological hub, resting on the plains just before the Northern Rockies. Home to over two million people from across the globe, it forms the ethnic center of the Canadian mid-west, and dates back almost one hundred and fifty years. Since its founding, Calgary’s biggest successes have been owed to two particular industries, the first and foremost of which is oil and energy, which took the city from a simple home on the plains to a bustling metropolitan center of industry. The second however, is the Calgary Stampede. A twisted concoction brewed one part farming expo, one part carnival, one part cirque du soleil, and two parts rodeo; all coming together to form one of the biggest parties you’ve ever seen, and drawing in visitors the world over.
END_OF_DOCUMENT_TOKEN_TO_BE_REPLACED 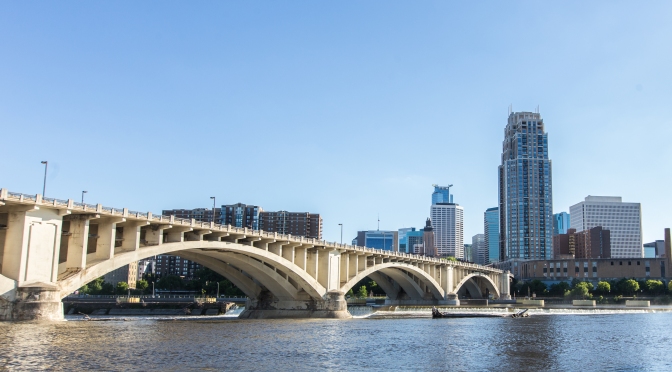 Minneapolis, Minnesota, the second largest industrial hub in the midwest (when coupled with its sister city, St. Paul, also the capitol of Minnesota) and also the largest city in the state, both in terms of size and population. Known as the “Twin Cities”, Minneapolis and St. Paul are bisected by the Mississippi River, and as such form a major commercial center given their position on such a prolific body of water. The entire Twin Cities metro area houses over three million people, though only about 500,000 live in Minneapolis proper. A city of bridges, parks, and pop-up concerts, Minneapolis makes its mark on the midwest as one of the most culturally diverse and ethnically significant hubs to be found anywhere in the north.

END_OF_DOCUMENT_TOKEN_TO_BE_REPLACED

Cincinnati, an old American gem on the southern border of Ohio, is a city garnered by its industrial era achievements, trying to find its purpose in the modern world. Now the 66th most populous city in the United States, at one point Cincinnati was a true American powerhouse, much like Pittsburgh. Its strategic position as a river city made it a center of industry and commerce, rivaling even many of the coastal cities and at one point rising to the 6th largest city in the country (during the 1800’s). Over the years, the rest of the world began to slowly outpace Cincinnati and in the centuries that followed, it has meandered through a variety of different cultural and architectural stages, finally resting on what seems to be a family haven for the middle-class. That being said, it’s old-world glory still shines through in the form of classically built skyscrapers, old industrial river-bridges and the oldest major league team in baseball, the Reds.

END_OF_DOCUMENT_TOKEN_TO_BE_REPLACED

As seems to be our custom, we arrived in Holland greeted by rain, a particularly forceful wind, and damp sand. A couple weeks back we were here to see the Saugatuck Dunes, but we were met with some rather unpleasant weather and decided to come back later to see the area at its best. Of course, as fate would have it we picked a day nearly identical to the last, with just one major exception. The tulips. Every year this lost slice of the Netherlands is covered by hundreds of thousands of tulips, in just one of many nods to it’s namesake. This colossal blooming is even accompanied by its very own festival, conveniently named: “The Tulip Festival”, dating back over 50 years, it coincides with the peak of color for the bloom, around May 7th – 14th. However, we did not come to this corner of western Michigan solely for the flowers. The Dutch culture and heritage in Holland is some of the richest in the midwest, making it one of the most unique cities in the Great Lakes State.