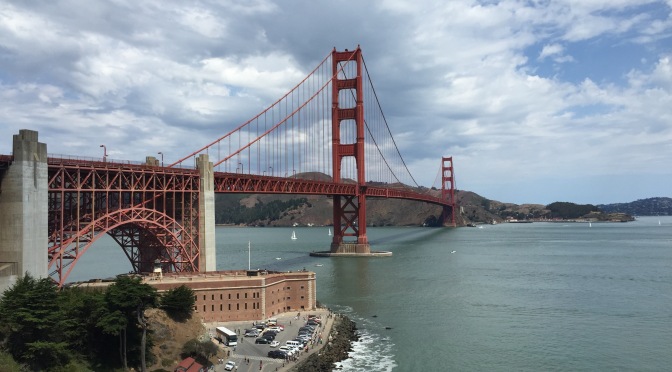 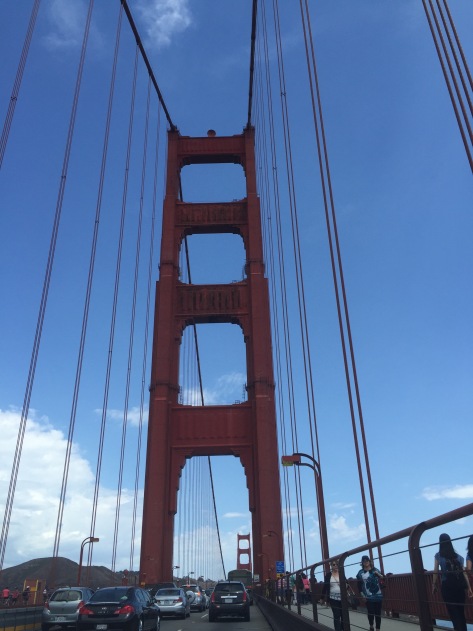 My apologies for the lack of road updates of late, it’s due simply to a lack of road in general, the city posts each night should give the full picture though. We’ve just come from the Presidio, and are currently crossing the golden gate. Trust me, it’s better from afar. The traffic is abysmal, perpetuated by the ludicrous amount of tourists who think a car is just a sightseeing utensil. Since entering the city, we’ve encountered a marathon, a bike race, and an aids walk, none of them have been as detrimental to our time as the ridiculous out of country drivers.

After crossing the bridge twice, due to the ineptitude of apple maps, we’re glad to be leaving the tourist laden Presidio, with its lines of food trucks and parallel parked family sedans. If you can spare the time (and the sanity) it’s definitely an interesting destination. An army training camp for over 250 years, under the Spanish, the French, and of course the good old USA, it now stands as a national park. Even some of the original earthworks are still there, small mounds of grass and overgrowth with hidden brick tunnels creeping through them, a little musty but definitely cool.

Plan to bring a lot of water no matter what you do though. People will tell you the weather is beautiful everyday in San Fran, and to some end it is. It’s also sporadic. It was 66 this morning, long sleeves seemed like a great idea right? They weren’t, it’s now blazing hot, and the weather is scheduled to fluctuate between 60 and 80 back and forth all day. So plan for.. weather. 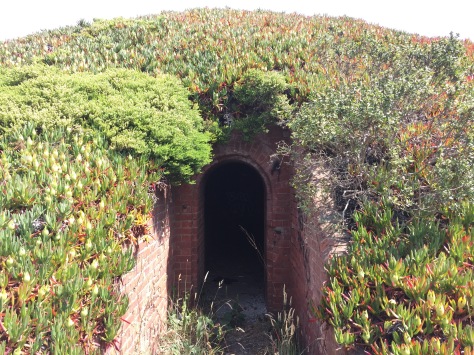 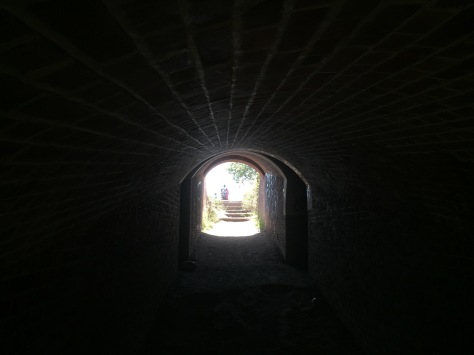