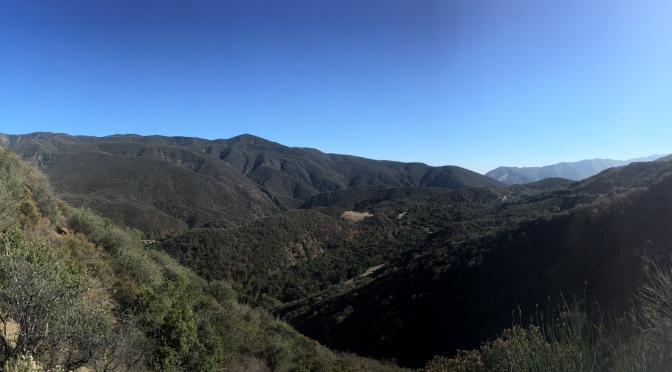 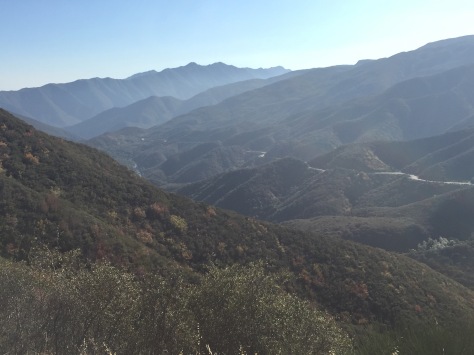 Los Padres. Located just north of Santa Barbara, this dynamic area encompasses rolling hills, towering cliff sides, and even a few of southern California’s lakes. The drive up into the park is through sweeping vineyards and cliffside villas, Smokey the bear pops up to warn you of high fire dangers in the area today, and camp sites become more and more frequent as the palms turn into pines. We went in search of a visitor center, a base of operations from which one could venture out into the best trails and roads the park had to offer, this proved difficult however, as there didn’t seem to be one. This was ok however, because we ended up simply driving through the mountains, drinking in the scenery. The lack of proper park accommodations was completely overshadowed by the winding 30mph roads that twisted through tunnel and mountain alike. 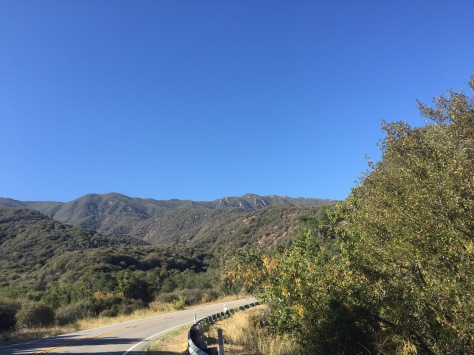 The park is known primarily for its forests, which stretch across the mountains and deep into the valleys and ravines. However our experience was primarily of the mountains and hills, our impression gathered from the various impromptu outlooks which pop up wherever previous viewers deemed appropriate; indicated by a dusty area along a normally green shoulder. The roads manages to lift you almost 4000 feet into the mountains without ever letting on that it’s doing so. A neat trick, but its real party piece is the spectacular view offered up from the bluffs, overlooking the mountain forests. The sun hits the trees at such an angle as to create waves of light and dark across the canopy, highlighting the natural beauty of the mountain contours, normally obscured in a wave of green. Even the air seemed to light up, maybe it was ocean mist, maybe low clouds; but whatever the case, the sky itself created a hazy outline of gold, just atop the hills. I wish I could say more about the park and its many facets, sadly our journey was cut short by a lack of gas, and has stations. We left the park just before sunset, having never found a visitor center, only raw, unadulterated California. 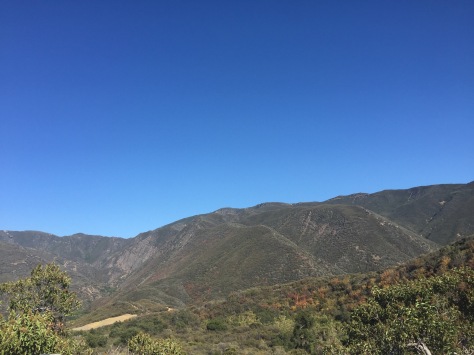 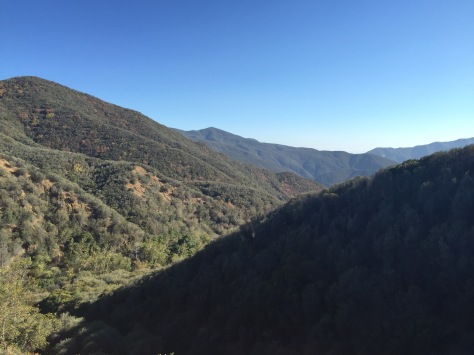