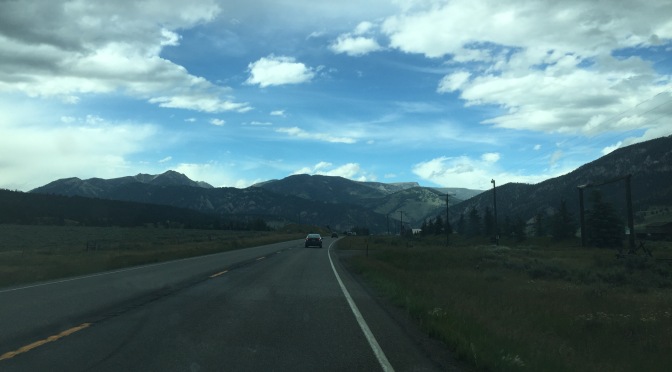 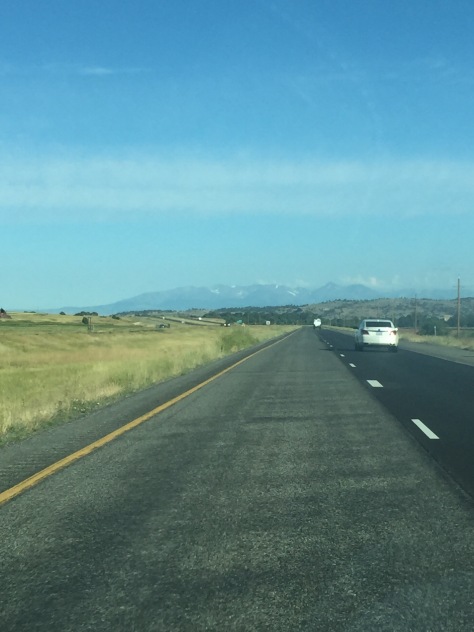 It’s 8 o’clock and we’re headed to Yellowstone, looking for redemption. For those of you who don’t know the story, in short, last year we had a massive day planned in Yellowstone, it was one of the highlights of the trip to be sure, or rather it would have been. Having read that the camping was mostly first come first serve, we decided not to look for reservations and instead just get up early and go. A mistake. About an hour away we discovered that almost every site was full, and as a last ditch resort we called ahead and managed to book literally the LAST spot at a campground between Yellowstone and Grand Teton. Right after making the call we lost service entirely, but didn’t think anything of it and headed into the park. After about an hour, we made it into old faithful and for a single second I had just enough service to receive a single voicemail. It was the camp site, they double booked the site by accident and we were now screwed out of a place to stay. Frantic, we spent the remaining 5 hours searching all through the park for a spot, to no avail. Defeated, we left the park as the sun went down, having seen only the campgrounds. But not this year. This year we’re going to do it right, and with the first glimpses of the Tetons pulling into view, it will only be a few short hours until we rectify the mistakes of our past. More updates to come. 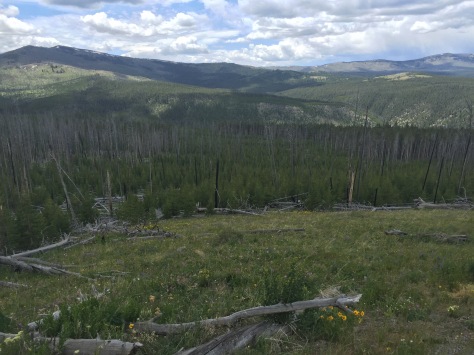 We’ve made it out of Yellowstone after a day of no service, a trait that will become more and more prevalent until we return to Seatle. Travel updates may cease entirely for a while in Canada, but write ups will still be forthcoming. The park was mind blowing, well deserving of its legendary status, but a full write up will give you all the details within the next few days. I apologize for the sparsity of updates now and in the days to come, a lack of 4G greatly impacts our ability to do anything live, and wifi will be our only lifeline in Canada.

Currently we’re driving through the foothills of the Tetons once more, but now with Yellowstone behind us. However while we may have left the park, the park certainly has not left the area. The same massive hills that make up much of the park extend for miles past its boundaries in every direction, you can hardly tell you’ve left. Millions of fresh young pines cover the land, the scorched remains of their ancestors sticking out like pins in a cushion, slowly being weathered away by the elements. Glimpses of the Tetons themselves can be seen occasionally through the trees, with every curve in the road offering a brief view, tunneling through the valleys. The sky is dark and uniform, a light rain phases in and out of existence, little cloud bursts popping off like fireworks. Only four hours to Missoula, which we will leave tomorrow morning on our way to Calgary, passing through Glacier National along the way. Stay tuned, the journey is only just beginning.

Side note: For anyone wondering, we are indeed fully redeemed. Yellowstone will haunt us no longer.